January 16, 2018 – As the demographics of the Canadian population change, arts organizations find themselves challenged in retaining current audiences while attracting new ones. The question of attendance of the performing arts by Millennials, in particular, has been receiving some attention as of late. Here’s the first of two articles on the topic. 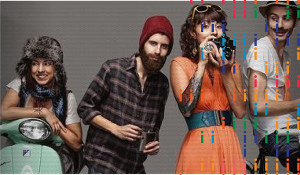 Depending on definitions and research studies, Millennials were approximately born between 1980 and 1995. But Millennials cannot be lumped into a single group defined by their age, as highlighted in a 2017 Environics Institute study. The Millennial generation is nearly as large as the Baby Boomers, but they manifest a much wider array of social values (world views and approaches to life) and they span more life stages: some are in school and living with parents, while others are starting families and careers. They are also the most diverse age cohort in Canada, consisting of 42.5 percent first or second generation immigrants to Canada (based on 2016 Census, 25-34 years old) and professing the nation’s most accepting attitudes regarding diversity of all kinds. 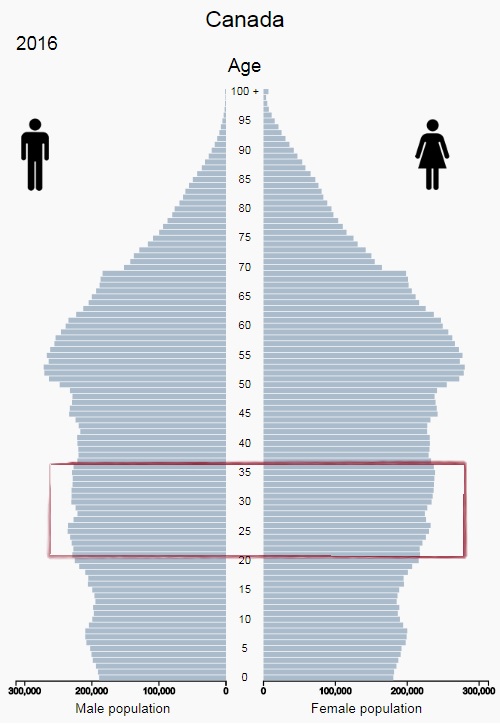 The millennial generation is highlighted on this 2016 age pyramid. The male and female Canadian population is distributed on each side of the vertical axis. The baby boomer generation is easily visible towards the top of the pyramid; the Millennial generation is shown in the red rectangle. Click on the image to enlarge it and visit the Statistics Canada website to see how this pyramid might evolve in the future.

Many studies have found that Millennials are as culturally active as older generations, if not more. Arts and Heritage: Access and Availability, a survey of 2,045 Canadians conducted in 2016-2017, was no different. In ten of eleven arts and cultural activities included in the survey, Canadians under 35 were attending at equivalent or greater rates. In particular, younger Canadians were slightly more likely to attend five arts activities compared to Canadians 55 and over.

Millennials, especially those under 25, also differ with regards to the places where they attend arts activities. Attending arts events in several venues is more widely reported by Canadians under 25, including museums/public art galleries (45%), cinemas/movie theatres (40%), cafes/club (33%), and shopping malls/public transit (21%).

Finally, reported attendance at performances by visible or ethno-cultural minorities is higher among younger Canadians under 35 (48% vs 38%). This difference can be explained in part by a more diverse demographic make-up. Yet, beyond demographics, Millennials signal a genuine interest in performances that reflect the diversity of today’s Canada.

Even for the age group that largely grew up throughout a massive digital and technological shift, there’s much more to the Millennial generation than the smart phone stereotype. If anything, smart phones may well be one of the causes for their enthusiasm for arts and culture: Millennials are most likely to say their online arts consumption has led to an increase in live attendance (28% vs 23%).

There is such a wealth of information on Millenials and the arts, it wasn’t possible to fit it all in one article. Next month, we’ll explore motivators, obstacles and value perception.

Attendance Trends: Why Won’t They Come?

Tags: Field
Share This Post
You May Also Like
A Practitioner’s Guide to Privacy and Marketing in the Digital Economy
December 11, 2017
New Zealand and Australia Performing Arts Tour
October 15, 2018
An Inclusive and Compassionate Society: Arts Commons’ Vision for Canada 150
May 2, 2017
The Arts Sector is Taking the Digital Shift
May 22, 2018
Attendance Trends: Captivating Millennial Audiences (part 2)
January 30, 2018 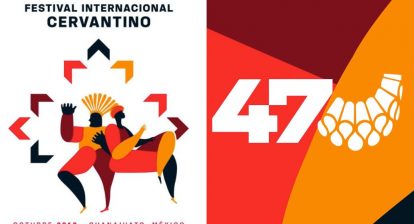