Source: CAPACOA, Interim Report of Findings, The Value of Presenting, 2012.

Breakdown of presenting networks in Canada:

Sources: Survey led by CAPACOA in April 2010 and list of presenting support organizations funded by Canadian Heritage in 2009-2010.

One of the main source of funding for live presentation at the federal level is the Canada Arts Presentation Fund. Each year, the CAPF supports approximately 600 professional arts festivals and performing arts series in more than 250 cities or communities across Canada.1 From 2013-14 to 2017-18, the program supported on average 38,210 performances per year and the average number of attendees was 22.4 million per year.2 Grants and contributions totalled $32.5 million in 2019-2020.3 For every dollar invested by the program, an average of $8.50 is directly spent in the Canadian economy.4

Attendance and Importance of the Performing Arts

Research commissioned by the Ontario Arts Council also provides measures of importance given to the performing arts:

Economic Impact of the Performing Arts

Source: Statistics Canada, National Tourism Indicators survey no. 1910 and Culture Satellite Account.
Note: Many festivals and other live events attended by tourists are free events. Although these events do not generate direct spending, they generate significant spin-off spending.

Public Benefits and Social Impacts of the Performing Arts

Source: The Strategic Counsel, Building a Case for Business Support to the Arts, 2015.

Source: Nanos Research, Impressions of the Impact of the Arts on Quality of Life and Well-Being in Ontario, 2017.

Source: Hill Strategies, The Arts and Individual Well-Being in Canada, 2013.

Source: National Endowment for the arts, Art-Goers in Their Communities: Patterns of Civic and Social Engagement, 2009.

Source: Nanos Research, Impressions of the Impact of the Arts on Quality of Life and Well-Being in Ontario, 2017.

Public Support to the Arts

Source: Angus Reid Institute, Culture, the CBC & the CRTC: both institutions get good marks, but future relevance seen as a challenge, 2015.

Source: Environics, The Arts And The Quality Of Life: The Attitudes Of Ontarians, 2010.

Other Sources of Arts Statistics

About Performing Arts Presentation
The essential information on arts presentation in a simple facts sheet.

Arts Research Monitor
Database of research on the arts, indexed by theme. 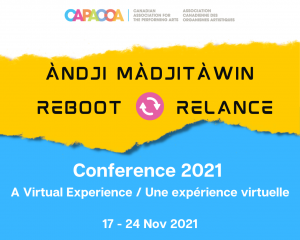