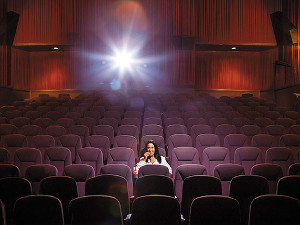 Apparently, it’s more than all right. Research finds that doing things on your own – as well as marketing to solo consumers – is a win-win for everyone. If you can beat the inhibition of going out alone, you’re likely to experience even more satisfaction than if you had gone out with friends.

According to an article in Le Devoir, travel agencies are now marketing out to single travelers and the trend is picking up. The Kunstmuseum in Bern, and the Museum für Gestaltung in Zurich both have days for singles only. What about in the performing arts?

Last year, at a workshop on aging and the arts, a group of presenters mused on the idea of setting aside a row of seats for singles. Considering that about half of Canadians are single, separated, divorced or widowed, that’s an idea seriously worth considering. Other marketers are already eying on your solo patrons…

Tags: Field
Share This Post
You May Also Like
Putting Arts in the Right Perspective
January 12, 2017
The Cultural Participation of New Canadians
October 15, 2018
New Zealand and Australia Performing Arts Tour
October 15, 2018
Attendance Trends: Why Won’t They Come?
November 29, 2017
Sharing Attendance Data with Touring Artists (in an open and linked world)
February 21, 2018
Where is the art?
October 17, 2016