November 29, 2017 – National surveys find widespread attendance of the performing arts among the Canadian population. Yet, many series presenters are finding it more and more difficult to fill up their house. It’s a hard gap to explain, but a few answers could lie in reported obstacles to attendance. 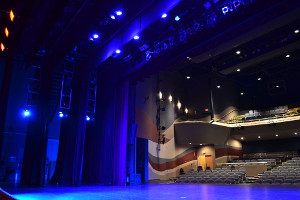 According to the General Social Survey, 72% Canadians attended a performing arts event or festival in 2010. According to the Arts and Heritage Access and Availability Survey, 87% of Canadians attended a live performance or another arts event 2016. In both surveys, we’re observing an increase in the breadth of attendance compared to previous periods. This means more and more Canadians are attending at a least one live performance per year. But are they coming back for more than that one performance? If not, what’s preventing them from doing so? And if they’re not coming at all, why? Recently published reports provide elements of answers to these critical questions:

Phone survey of 2,045 Canadians conducted by Environics Research on behalf of Canadian Heritage (frequently referred to as “AHHA”).

Analysis of national statistics in eight wellbeing domains, including leisure and culture.
Factors affecting attendance were examined in a webinar entitled “A night out” on July 7, 2017.

Irrelevance: the main barrier for non-attendees

In both AHAA and Culture Track, the most widely mentioned obstacle by non-attendees is lack of interest or lack of relevance (“It’s not for someone like me”). Lack of interest can signal a lack of knowledge of the arts, false impressions of it, or a genuine disinterest. Similarly, “It’s not for someone like me” can also signal a perception issue. The Culture Track’s exhaustive list of obstacles provides further clues as to why some people might feel the arts are not for them:  “It feels outdated,” “I wouldn’t feel welcome,” “It is too intimidating or challenging,” or “it doesn’t reflect people from all backgrounds”. With regards to the latter, it will not come as a surprise that “people of color are 82% more likely than non-Hispanic Caucasians to say that a reason for not participating in cultural activities in the past year is that these activities don’t reflect people of all backgrounds” [sic]. In Canada, the report Diversity and Arts Attendance by Canadians in 2010 found that theatre performances and pop concerts have lower attendance rates “by visible minority and immigrant Canadians”. Acting on these barriers would require both changes in programming and in marketing strategies.

Lack of time or inconvenience: a barrier for both non-attendees and attendees

In AHAA, Canadians reported lack of time as the second highest reason for not attending. In Culture Track, inconvenience (e.g., hours, distance) was a significant obstacle for non-attendees, and was the main thing that prevented attendees from going more regularly. So what are people doing with their time?

According to Canadian Index of Wellbeing director, Bryan Smale, people are feeling the time crunch mostly because of longer commuting times and longer work hours (view the webinar A Night Out for the full conversation). Transit and labour may be beyond the arts sector’s influence. But we can play with various show times (i.e. lunch or 5:00 pm performances), or else present performances and other community-engaged interventions in workplaces or in other public places.

Costs and health issues or disability are also frequently mentioned by Canadian non-attendees.

Cost could also well be an obstacle to more regular participation. According to the Canadian Index of Wellbeing, living standards have deteriorated mainly as a result of the growing income gap. On the one hand, the middle class is financially tighter than before and may be short of enough disposable to income to attend as often as they’d like; on the other hand, the wealthiest can afford as many performances as they’d like, but they’re facing time constraints just like anyone else. This is a lose-lose from the perspective of live arts attendance. Once again, living standards is beyond the arts sector’s sphere of influence. This being said, the heated public debate about fiscal equity could lead to changes that would positively impact the arts sector.

Health problems and disabilities were mentioned by 9% of Canadians as one of the mean reasons why they didn’t attend a live performance in the last year. With the aging population, this percentage is bound to increase. Accessibility must therefore become a priority for the performing arts sector. But accessibility isn’t just about making adaptations to a venue; it’s also about treating people in a considerate and genuine fashion. As the Culture Track points out: “Many arts organizations are implementing accessibility programs to attract audiences with differing levels of ability, but are they working? People with disabilities are 59% more likely than those without to say they do not attend cultural activities because they had a negative experience last time.”

Both Culture Track and the Access and Availability Survey include detailed data tables by artistic discipline. They also include information on motivations for attendance.

Movie Attendance is Declining: Is This a Good or a Bad News for the Performing Arts?

Tags: Field
Share This Post
You May Also Like
Now Accepting Expressions of Interest to attend the Edinburgh Fringe Festival
March 5, 2019
Putting Arts in the Right Perspective
January 12, 2017
Attendance Trends: Where Are Performing Arts Audiences?
March 12, 2018
The Arts Sector is Taking the Digital Shift
May 22, 2018
Where is the art?
October 17, 2016
New Zealand and Australia Performing Arts Tour
October 15, 2018

The UNcommon Wealth at Edinburgh Fringe