October 16, 2015 – Canada and 11 other countries concluded the largest free trade deal ever. Good news or bad news for the arts and culture sector? It’s hard to say without the full text of the Trans-Pacific Partnership, but the available information doesn’t look too bad.

The announcement of the Trans-Pacific Partnership came with a backgrounder on several economic sectors, but with no information as to the impact for the cultural sector. The technical summary released shortly after did however include a few precisions.

International touring activites, into Canada and towards TPP countries, will be governed by the provisions of the Cross-Border Trade in Services Chapter. Whether the impact is positive or negative will depend essentialy on how “cultural industries” are defined in the agreement. If performing arts activities are included in the definition and are subject to some form of protection, it may make it more difficult for Canadian artists to tour abroad and for Canadian presenters to book foreign artists.

For example, when the North American Free Trade Agreement was signed, the United States interpreted the performing arts to be a cultural industry and the performing arts were consequently excluded from NAFTA. As a result, Canadian artists who tour in the U.S. must go through an exhaustive and expensive immigration process even if they are just going for a couple engagements.

The TPP could however be the light at the end of tunnel for touring artists: the United States is also part TPP trade zone and the TPP is consequently bound to supersede NAFTA. The question is: will TPP acknowledge the value of free trade in the performing arts sector or will it submit it to provisions related to the protection of cultural diversity? The future will tell. And we’ll make sure to tell you. 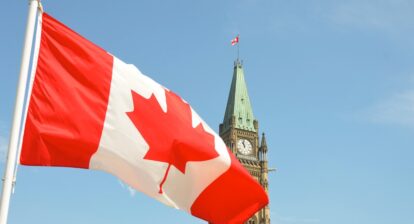 CAPACOA Appears before The House of Commons’ Standing Committee on Canadian Heritage
December 3, 2020
Visa Refusal Rates and New Biometrics Requirement Are About to Seriously Impede Artist Mobility
July 19, 2018
Expanded Requirement for Foreign Artists Touring in Canada
June 4, 2015
Performing Arts Attendance and its Positive Association with Health
September 20, 2013
New Data on Giving and Volunteering in the Arts
March 20, 2013
Music and Education: A Recipe for Success
September 25, 2013