July 19, 2018 – An article in The Globe and Mail confirmed a worrying trend: visitor visa refusal rates are soaring. Moreover, visa applicants will soon be required to provide biometrics. Although visitor visas are not required of all visiting artists, those who do will now have to overcome major administrative and financial barrier in order to tour in Canada.

Citizens of other countries who want to travel to Canada must satisfy a number of administrative requirements before entering the country. Depending on their country of residence, they may be required to obtain a temporary resident visa (commonly referred to as “visitor visa”), provide biometrics, and obtain an electronic travel authorization.

Currently, Canada requests visas for 146 countries. Those countries are mainly in Central and South America, in Africa and in Asia.

Although visitor visas have historically not been a significant artist mobility barrier in Canada, thing have changed considerably in the past couple years and are about to get even worst.

The Globe and Mail recently published an article entitled “Access denied: Canada’s refusal rate for visitor visas soars”. This article shed light on an increase in both the number of visa applications and the refusal rate. Here are some of the statistics obtained by the Globe and Mail from Immigration, Refugees and Citizenship Canada:

This information is consistent with stories reported by members of the performing arts presenting community.

The increase in visa refusal rates represents a serious threat for Canadian performing arts presenters and festivals. Since almost any music group or theatre company touring Canada travels with four or more performers and crew member, the odds that at least one visa applicant will be turned down are becoming extremely high. And the dire consequences will be cancelled performances.

The process for securing a temporary resident visa is about to become much more cumbersome and expensive.

The requirement for biometrics also comes in with a processing fee. The processing fee for an individual applicant is CAD$85. Groups of 3 or more performing artists and their staff who apply for work permits at the same time will be subject to a maximum total fee of CAD$255. This mitigation measure will however have a limited impact. Indeed, performing artist who enter Canada for a tour (and are not taking on work as part of a Canadian production) are work permit exempt, as per Regulation 186(g). They will therefore not be able to benefit from the maximum fee for performing artists.

For any music group or performing arts company, the costs will add up very quickly. For example, a typical music band from a visa country touring Canada with five musicians, a sound technician and a tour manager would need to pay a visa processing fee of CAD$100 and a biometrics processing fee of CAD$85 for each musician and crew member. This represents a total bill of CAD$1295, and no one has even boarded a plane yet. These fees will be passed on to Canadian festivals and performing arts presenters and they will considerably reduce the financial viability of foreign tours to Canada.

As a result of the increased refusal rate and the requirement for biometrics, the presentation of foreign artists from visa countries is about to become a risky and expensive business

Considering the risks associated with visa refusals and the delays likely to be engendered by the new biometrics requirement, Canadian presenters who book artists from visa countries should:

Moreover, in order to amortize the increased cumulative processing fees, presenters should continue to collaborate with their peers, either as part of a formal block-booking process or as part of informal coordination discussions, in order to add as many dates as possible to tours originating from visa countries.

To verify if visas are required in a given country, consult the list of visa-exempt and visa-required countries on the website of Immigration, Refugees and Citizenship Canada.

CAPACOA is collaborating with the Canadian Arts Coalition and the Performing Arts Alliance to bring these issues to the attention of Canadian authorities. Among other things, a brief was submitted to the Senate Standing Committee on Foreign Affairs and International Trade, as part of their Study on the impact and utilization of Canadian culture and arts in Canadian foreign policy and diplomacy.

Cultural Diplomacy, among other Studies on Parliament Hill 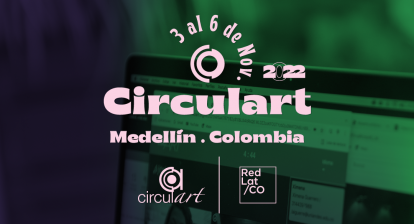 Call for Expressions of Interest to Join CAPACOA and Global Toronto’s Cultural Delegation to Circulart 2022
September 14, 2022
Performing Arts Attendance and its Positive Association with Health
September 20, 2013
CAPACOA Submits Brief to the Finance Committee
August 5, 2016
Changes in Favour of Efficiency, Transparency and Trust at Canadian Heritage
April 14, 2016 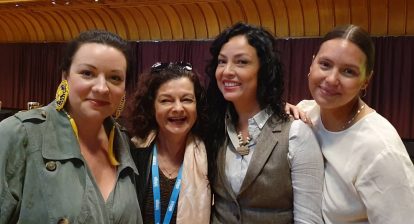