August 4, 2014 – CAPACOA once again collaborated with the Canadian Arts Coalition and Imagine Canada to make recommendations for the development of the 2015 federal budget.

CAPACOA was closely involved in the consultations that informed the preparation of the Canadian Arts Coalition’s pre-budget brief. After holding a total of six consultation meetings (three in English and three in French) with 42 arts service organizations, the Coalition membership decided to put forward these three recommendations:

After the renewal of the Canada Arts Presentation Fund and other Canadian Heritage programs in the last federal budget, it was deemed unlikely that the government would grant any increase to these programs in 2015. That’s why we decided to focus on recommendations which were more likely to succeed and which could support touring activities. 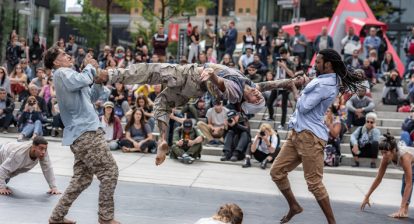 A Strong Domestic Market for the Live Performance Sector
January 16, 2020