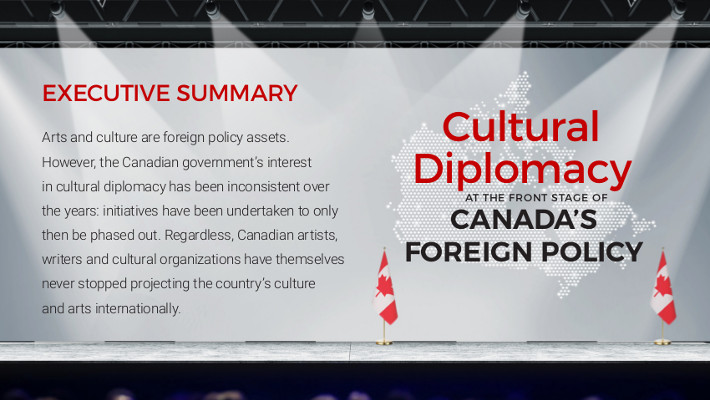 The Senate Committee’s primary recommendation is that the federal government must develop a comprehensive strategy to strengthen cultural diplomacy as a pillar of Canada’s foreign policy. The report further stress the importance of establishing objectives and proposes priorities for countries and regions where our cultural engagement could focus. The report also speaks of the need for consistent and predictable level of investment.

Most importantly, the implementation section of the report stresses the need to facilitate artist mobility and to reduce fiscal barriers. These sections of the report fully echo messages conveyed by CAPACOA in briefs and during the Canadian Arts Coalition’ hearings.

This report will be an important asset and reference document for both CAPACOA’s International Market Development Committee and the Performing Arts Tax Working Group.

Cultural Diplomacy, among other Studies on Parliament Hill

Tags: artist mobility, arts promotion
Share This Post
You May Also Like
What’s in the TPP for the Arts?
October 16, 2015
Updates Regarding the Federal Budget and Canada 150 Funds
May 19, 2015
CAPACOA Submits a Smart and Caring Brief
July 22, 2013
Mobility, Taxation, and Cultural Diplomacy Updates
March 6, 2018
Higher US Visa Processing Fees (But Same Delays)
November 4, 2016
Canadian Conference of the Arts: The End of an Era
October 30, 2012