October 22, 2014 – More than 100 art supporters responded to the invitation of the Canadian Arts Coalition and participated in the fifth edition of Arts Day on the Hill. They gathered in Ottawa yesterday to participate in 97 scheduled meetings with Members of Parliament, senators and senior officials to discuss the key role arts investment play in the economic and social health of Canada.

The Coalition has submitted a pre-budget brief to the Finance Committee, which provide details on each of these recommendations. 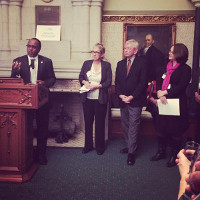 Kate Cornell, co-chair of the Coalition, commented on the success of the day on these terms: “MPs across all parties were receptive to the messages and it is encouraging that they recognize the importance of the arts and culture sector major contribution to Canada’s GDP.  Let’s not forget that in 2010, the arts and culture sector contributed 53% billion to Canada’s GDP.  Another statistics that is appealing to all MP’s, is the fact that the cultural sector makes up 4% of Canada’s workforce, employing 700,000 workers.”

Carmen Gibbs, co-chair of the Coalition continued: “It is amazing to hear MPs talking about the arts activities in their local ridings with passion. They value the fact that artists, and cultural workers and artisans are involved in their communities and that their work contributes to the well being of their constituents.”

One Arts Day participant commented that “This was a great opportunity to gather together with colleagues across artistic disciplines and carry a common message to parliamentarians. It’s fun to conclude the day with a reception. That makes it possible to continue our exchanges informally with MP’s.” We were very appreciative of the fact that Minister of Canadian Heritage Shelly Glover was able to attend this reception despite a busy committee agenda. Minister James Moore, Joyce Bateman, Stéphane Dion, Pierre Nantel, Elizabeth May, and many others also attended. The reception was co-hosted by Joe Comartin, Deputy Speaker, and Tyrone Benskin, co-chair of the All-Party Arts Caucus. In his address, Mr. Comartin stressed how valuable the arts are for youth, while Mr. Benskin spoke of the impact of the arts on health.

Co-chair Cornell concluded by saying “As an active and boisterous sector, we look forward to working with MP’s towards next year’s federal election. Regardless of the result, there will be a new mandate and we want to work with MPs to ensure the arts sector plays an important role in that mandate. The Coalition is committed to working with MPs across all parties going forward.”

To continue the discussion, members of the arts community will be encouraged to meet MPs that were not available yesterday, in their ridings. The list of meetings held and all support documents for meetings are available on the Coalition’s website.

Tags: arts promotion
Share This Post
You May Also Like
Higher US Visa Processing Fees (But Same Delays)
November 4, 2016
CIC Changes Bear no Impact for the Presenting Sector
February 12, 2015 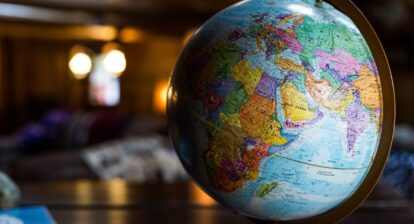 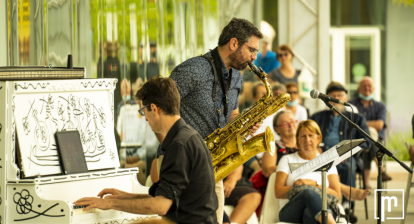