According to the 2016 Census, there were 7,540,000 foreign-born individuals who came to Canada through the immigration process, representing over one-fifth (21.9%) of Canada’s total population. Immigration is also accelerating and has become the main source of demographic growth in Canada. Here are additional attention-worthy facts:

Even though new Canadians represent one in five potential audience members for Canadian performing arts organizations, we know relatively little about their cultural participation. This is bound to change. Two recent audience surveys, the Arts and Heritage Access and Availability Survey and Culture Track Canada, contributed a wealth of information on immigrants, their participation patterns and their perceptions of the arts.

Here are key take aways from these two surveys and from Diversity and Arts Attendance by Canadians in 2010.

Overall, immigrants are as culturally active, if not more, than Canadian-born.

According to the Access and Availability Survey, nine in ten foreign-born Canadians (89%) attended a live performance or arts event in 2016, similar to the overall population (88%). The most popular types of events they attended were music performances (58%), local arts or cultural festivals (55%), craft shows or fairs (48%) and visual art exhibits (45%).

All three reports however bring into evidence preferences among new Canadians. Compared to those born in Canada, foreign-born Canadians are more likely to have attended several types of arts events, including:

New Canadians are however less likely than Canadian-born to attend:

Positive attitudes towards the arts

In general, the vast majority of foreign-born Canadians value the arts and culture both for themselves and for Canadian society – and sometimes more broadly than Canadian-born. For instance, in the Access and Availability Survey, three-quarters (73%) say that arts and culture is at least moderately important to quality of life for them and their family (consistent with the Canadian-born population at 68%).

Moreover, in terms of broader societal benefits, foreign-born Canadians are more likely than others to strongly agree that: 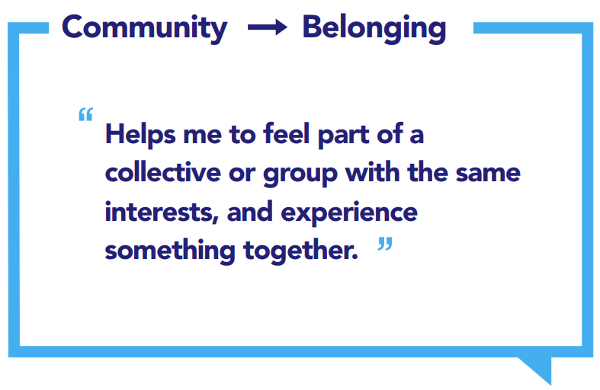 Culture Track Canada also explored perceptions of arts and culture, but with an open-ended question: “What is the greatest impact a cultural organization can have on your world?” Citizens born in Canada and new Canadians reported the same top two impact:

These more pronounced opinions of foreign-born about the benefits of the arts on social cohesion suggest that new Canadians truly see the arts as a vector of inclusion and integration.

Overcoming barriers to inclusion and participation

Unsurprisingly, the report on Diversity and Arts Attendance revealed that most recent immigrants are in general a bit less culturally active than immigrants who have been in Canada for more than five years. As with other Canadians, the cultural participation of immigrants is affected by socio-demographic factors such as income and education

In order to reduce barriers to cultural participation to contribute to the inclusion of new Canadians in the Canadian society, the Institute for Canadian Citizenship created the Cultural Access Pass ©® (CAP). The only program of its kind in the world, CAP provides new Canadian citizens with free admission to cultural attractions during their first year of citizenship. The CAP currently offers free admissions to more than 1,400 museums, galleries, parks and other cultural attractions.

Testimonials from CAP members confirm that the program is contributing to deliver social inclusion benefits that are dear to immigrants:

“It is important for newcomers [and new citizens] to be a part of the cultural life that makes them share in the Canadian experience of the past and its origins. Overall, I feel that shared experiences, connecting with a diverse set of people, and exposure to interesting places has a profound positive impact on my openness and relationships with others.”

In recent years, the CAP has been expanding to include performing arts organizations such as Arts Commons in Calgary.

Many other performing arts organizations have developed their own initiative to foster the cultural participation and inclusion of immigrants. The upcoming CAPACOA Conference will provide opportunities for these stories to be shared, with professional development sessions on arts attendance, cultural citizenship and “making space”.

Shifts and rifts in arts attendance: Hard truths and the way towards renewal will be sponsored by: 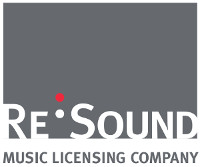 Hill Strategies Research, Diversity and Arts Attendance by Canadians in 2010, 2014.

Tags: Field
Share This Post
You May Also Like
Collaborative Canada 150
March 6, 2017
International Taxation – There could be light at the end of the tunnel
May 16, 2017
Indigenous Voices at the CAPACOA Conference
November 8, 2017
Important Measures to Promote Healthy, Respectful and Harassment-free Work Environments in the Arts Sector
April 25, 2018
English and French Canada Networks of Performing Arts Presenters Explore Possible Collaborations
May 26, 2017
Notes from the Hippest Place in the World
December 13, 2018