Written and performed by Stevie Davis-Tana with Ngā Hinepūkōrero
Directed, filmed and edited by Nathaniel Howe at Mauri Media
Made possible with the funding of Creative New Zealand and Te Māngai Pāho

The poem “Activist” by Stevie Davis-Tana performed with Ngā Hinepūkōrero is part of a spoken word poetry visual album called Kō. Kō is about reclaiming identity as an indigenous young person in Te Ao Māori/The Māori world. At its core, Kō is about navigating what it means to be a young Māori person and the art of identity reclamation. “Activist” is a poem about the impacts of colonization, resistance, and embracing Māori legacies handed down to inspire self-determined futures. “Ko mātou te whakatinanatanga o rātou wawata / We are the embodiment of their dreams.” 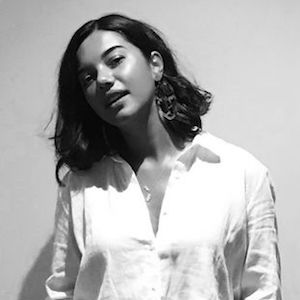 Stevie (Ngāpuhi, Ngāti Hine, Ngāti Porou, Te Arawa) is a youth development worker and spoken word poet for Action Education. She has a BA in Māori Development &amp; Social Sciences, and a Masters in Human Rights and is passionate about youth, culture, creativity, education, and community.

Ngā Hinepūkōrero are four wāhine Māori who have been winning Grand Slam events across Australasia since 2018. They use the spoken word as a platform to bring attention to important topics and issues in our country, especially those that affect Māori, intertwining waiata and te reo Māori in their work to express their love for whakapapa and culture. Ngā Hinepūkōrero are Arihia Hall (Te Arawa, Ngāti Tuwharetoa, Ngāti Tukorehe), Terina Wichman-Evans (Ngāpuhi, Ngāti Whātua, Te Aupouri), Manaia Tuwhare-Hoani (Ngāti Wai Ngāpuhi) and Matariki Bennett (Te Arawa). 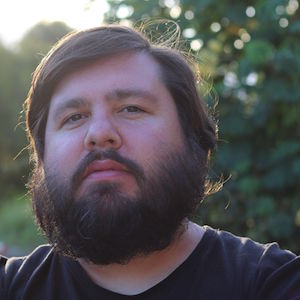 Dominic Guerrera (he/him) is a Ngarrindjeri, Kaurna and Italian person and lives on Kaurna Yarta.  Dominic is also a Poet, Writer, Podcaster and dabbles in photography, pottery and art curation and currently works as an First Nations Art Producer.

His writing has been published in Granta Magazine, Artlink Magazine and Archer Magazine and has featured as a spoken word poet at Adelaide Writers Festival and Draw Your (s)Words. Dominic created and co-hosted The ASH Podcast, curated two art exhibitions 'circles to us' and STAUNCH for Nexus Art.

In 2021 Dominic was the recipient of the Oodgeroo Noonuccal Indigenous Poetry Prize for his poem Unwelcome To Country. Dominic's work centres around community organising and Aboriginal rights.

Mīria is a poet and writer, director, producer of theatre and film. Her first stage play, the award winning Oho Ake premiered in 2004. In 2007, Mīria made her international debut as a playwright. Her theatre work includes and what remains, Sunset Road, The Vultures and The Night Mechanics.

In 2017, Mīria was the Fulbright-CNZ Pacific Writer in Residence at University of Hawai’i and won the Bruce Mason Playwriting Prize.The portmanteau feature film VAI (2019) premiered at Berlin International Film Festival and screened at SXSW, Māoriland and Te Kūki ‘Āirani Film Festival. In 2021, Mīria’s award-winning short film fire in the water, fire in the sky premiered as part of HIFF and screened at NZIFF and will screen at LAAPFF in 2022. The short film was awarded Special Recognition Cinematography at the NZIFF.

Mīria is the Executive Director of Kia Mau Festival working alongside Artistic Director Hone Kouka and General Manager Dolina Wehipeihana. As part of Kia Mau Festival, Mīria helms the digital theatre, Moana Nui, a curated digital experience of live performance with artists’ work presented including physical theatre and visceral dance. Moana Nui streams strictly limited seasons – from the raw final rehearsal room performance as artists prepare for Opening Night, to the full glory of an in-theatre season. Cinematic soundscapes and the power of our writers are all unleashed in demand and online.

Mīria graduated from Victoria University of Wellington with a Bachelor of Arts in Film and Theatre (2005); she holds a Masters in Scriptwriting (2008) from the International Institute of Modern Letters. 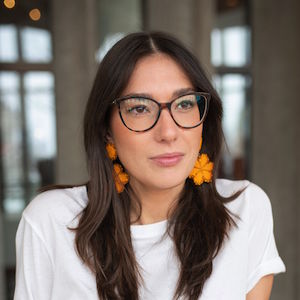 Lindsay Lachance (Algonquin Anishinaabe) has worked as a dramaturg for over a decade and has a PhD from the department of theatre and film at the University of British Columbia. Lindsay’s dramaturgical practice is influenced by her relationship with birch bark biting and the Gatineau River. She is also the director of the Animikiig Creators Unit at Native Earth Performing Arts, which focuses on the development of new Indigenous works.