Part 1 of The UNcommon Wealth begins with a filmed spoken word performance by Alice Eather and a pre-recorded presentation by ShoShana Kish. These two Provocations were THE CALL to those participating in THE RESPONSE, two live events which took place across two days, and is meant to provoke deeper thinking of the viewers.

Alice Eather and her family are one of many who are Traditional Owners for land and sea in the country of West Arnhem Land, N.T., Australia. Arnhem Land is a sacred area in the most northern region of the Australian Northern Territory, and is home to the oldest living culture of Indigenous peoples existing in the planet today. This film captures the beauty of this land and water that was and continues to be under threat of offshore mining, fracking and exploration. A leader in Arnhem Land Protection, Alice’s moving and powerful words resonate and connect directly to the thematic spirit as part of the provocation program.

ShoShona Kish is an Anishinaabekwe community organiser, producer, activist, songwriter and JUNO award-winning touring artist. ShoShona defies colonial definitions, constantly subverting any attempts to put her in a box. She is guided by both curiosity and purpose, openly exploring topical, inspirational and often uncomfortable issues, treating music as a call to action.

Alice Pearl Daiguma Eather (1989 – June 4, 2017) was an Aboriginal Australian slam poet, environmental campaigner and teacher from Maningrida. In 2013 Eather started Protect Arnhem Land, an anti-fracking campaign group against Paltar Petroleum. The group was successful in convincing the Northern Territory government to suspend the application pending agreement with the local population. Further campaigning eventually led to Paltar withdrawing the application in 2016. In 2014 Eather was awarded the Northern Territory Young Achiever's Environment Award for her work in preventing oil exploration of Arnhem Land. Eather contributed poetry to the anthology Growing Up Aboriginal In Australia (2018). She appeared in the ABC television programme The Word: Rise of the Slam Poets. Alice Eather was born in Brisbane to Helen Djimbarrwala Willams and Michael Eather, an artist and gallery-owner with European ancestors who arrived on the Second Fleet. She was raised and educated in Brisbane but moved to Maningrida to become the first Ndjebbana-speaking Aboriginal teacher. She died at age 28 as a result of suicide.

My Story is Your Story is shared with the blessing and permission of Alice Eather's family. 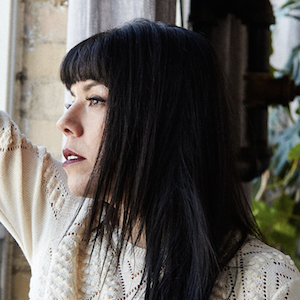 ShoShona Kish is an Anishinaabekwe community organizer, producer, activist, songwriter and JUNO award-winning touring artist. ShoShona was awarded the ‘Spirit of Folk Award’ at the International Folk Awards in Kansas City and was recognized by the Berlin based WOMEX organization for her work internationally with the prestigious ‘Professional Excellence Award’, “for her role in the ongoing revolution of upheaving Indigenous communities and their culture – using the medium of music as an agent of change, to awaken our humanity and help us connect”.

ShoShona leads the multi-award-winning band Digging Roots, with her husband, Raven Kanatakta. Their music breaches categorization, seamlessly blending global and traditional Indigenous sounds with roots, blues and soul. They have brought their unique musical marriage of unvarnished truth and unconditional love to venues and festivals around the world.

Like her music, ShoShona defies colonial definitions, constantly subverting any attempts to put her in a box. She is guided by both curiosity and purpose, openly exploring topical, inspirational and often uncomfortable issues, treating music as a call to action.

ShoShona is a member of the Music Canada Advisory Council as well as the founder of the International Indigenous Music Summit and the music label Ishkōdé Records.

She has been an on-air contributor to CBC Radio’s national arts and culture magazine ‘q’ and was the host of the 2018 Maple Blues Awards and the National Arts Centre’s celebration of Indigenous women in music Anishinaabekwe. As an artist and curator, she has collaborated on a wide range of projects at home and abroad with the likes of Canada’s National Art Centre, Massey Hall, the Women of the World Festival and the Sydney Opera House.