Curatorial Overview for The UNcommon Wealth

Indigenous reclamation of voice is rooted and embodied within creation. Creation is a political act, centered in intergenerational knowledge, imbedded in connections to place, people, land, values, experiences, and worldviews.

Our blood lines are tributaries, connecting our stories and ways of being, flowing through streams, rivers, lakes, and oceans. As we reflect and understand the power of our connections, we recognize how our knowledge systems are integral to centering Indigenous worldviews and practices. In these waters, we navigate and resist the continual colonial extraction and performative commodification within the nation-to-nation relations. We speak of the deconstruction of the ‘colonial project’ and imagine what could have been. We embrace the power of our natural and inherent gifts of common wealth, and speak of meaningful relationships, responsibility and accountability, and the centering of Indigeneity through self-determination.

A three-part programme with respected thinkers, word-warriors, changemakers and creators from Canada, Australia and Aotearoa.  Beginning with The Call (Provocation) followed by two conversations, The Response.  Each part of the programme is set in motion by spoken work performances. The thematic statement above will directly instigate and inform the Provocation and the two scheduled Conversations. The Conversations are not prescribed by a specific topic or moderated by one specific host. Consider this as a gathering of friends exchanging ideas, questions, and experiences that encompass the curatorial overview, the provocation and the spoken work presentations. Audience participants are asked to consider this as one programmed experience spread over a number of days.

The UNcommon Wealth is curated by Denise Bolduc with co-curation by Jacob Boehme (Australia) and Dolina Wehipeihana (Aotearoa).

Looking for artist and participating thinkers’ biographies? Find them on the individual pages for Part 1, Part 2 and Part 3. 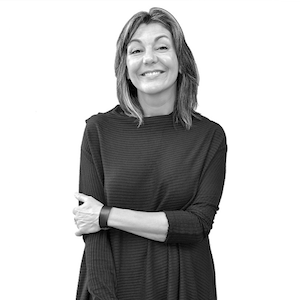 Denise Bolduc is an established creator, creative director and producer who programs to transform perspectives and activate change. Her career of three decades represents countless contributions and connections with numerous celebrated artists, creative thinkers and leading cultural institutions nationally and internationally.   She has led several large-scale events such as Biizindin!, Built on Genocide, Illuminating works, and Tributiaries (Luminato 2017-2021), Transforming Landscapes and Intersections of Cultures (CAPACOA), Beyond 150 Years: An Acknowledgement of Indigenous Film (REEL Canada), Maadaadizi/Summer Journeys (PanAM Games) and the inaugural, Planet IndigenUS festival. Denise is the writer/director of the commissioned film, Zaagidiwin which opened the 2021 Luminato festival, and a co-editor/contributor of Indigenous Toronto: Stories That Carry This Place (Coach House, 2021).

She is a member of numerous boards, councils and committees, a host and moderator, an advisor, a faculty member with the Centre for Indigenous Theatre, a Producing Faculty member with This Gen Fellowship (Why Not Theatre), and a mentor to many.  Denise is the recipient of the 2020 Margo Bindhart and Rita Davies Award (Toronto Arts Foundation), the Indigenous Arts Award (Ontario Arts Council), Australia’s SOLID Festival’s Arts Leadership Award, Toronto’s Indigenous Business Leadership Award, and is an ISPA Fellow.  She most recently accepted the appointment as the inaugural Director, Indigenous Arts at Toronto's Harbourfront Centre. 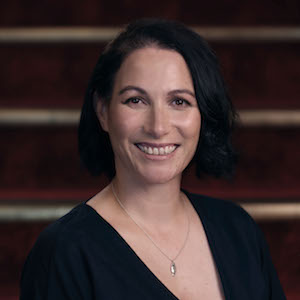 Previously the Head of Programming for Auckland Arts Festival, Dolina currently sits on Te Rōpu Mana Toi – the advisory group to the Advocacy team at Creative New Zealand. She is also a member of the Māori arts leadership collective The Grateful 8, the tri-nations curatorial advisory group, and oversees the Producing Programme delivered by Ngā Hua Toi. 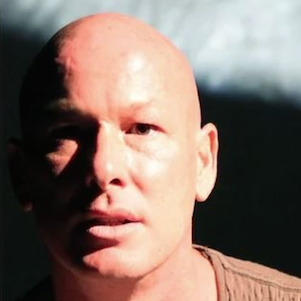 Jacob Boehme is a critically acclaimed theatre maker and choreographer, from the Nharangga and Kaurna Nations, creating work for stage, screen, large-scale public events and festivals. Jacob is the newly appointed, inaugural Director First Nations Programs for Carriageworks, one of Australia’s largest experimental and multi-arts venues.

Alumnus of NASIDA College of Dance and the Victorian College of the Arts, (MA in Arts – Playwriting, MA in Arts – Puppetry) Jacob has led the artistic direction of Tanderrum (Melbourne Festival), Boon Wurrung Ngargee (Yalukit Willam Festival), Thuwathu (Cairns Indigenous Arts Fair), Geelong After Dark and was the founding Creative Director of Yirramboi Festival, recipient of the 2018 Green Room Award for Curatorial Contribution to Contemporary and Experimental Arts.

Jacob is the writer and performer of the critically acclaimed solo work Blood on the Dance Floor, recipient of the 2017 Green Room Award Best Independent Production.

Jacob is an Australia Council for the Arts Aboriginal and Torres Strait Islander Fellow and has been a member of International Advisory Committees for the Calouste Gulbenkian UK Inquiry into the Role of Arts Organisations, the Ministry of Culture Taiwan South East Asia Advisory Panel, the Global First Nations Advisory and Bibu Festival International First Nations Curatorial Committee.